Application of plasmas in medicine and biology has opened new possibilities both in physics of plasmas and in biomedicine. The goal of this topic is to combine already considerable achievements in field of low temperature plasmas with equally considerable and much more diversified existing experience in medicine and biology (and certain aspects of nanotechnologies and science of materials). 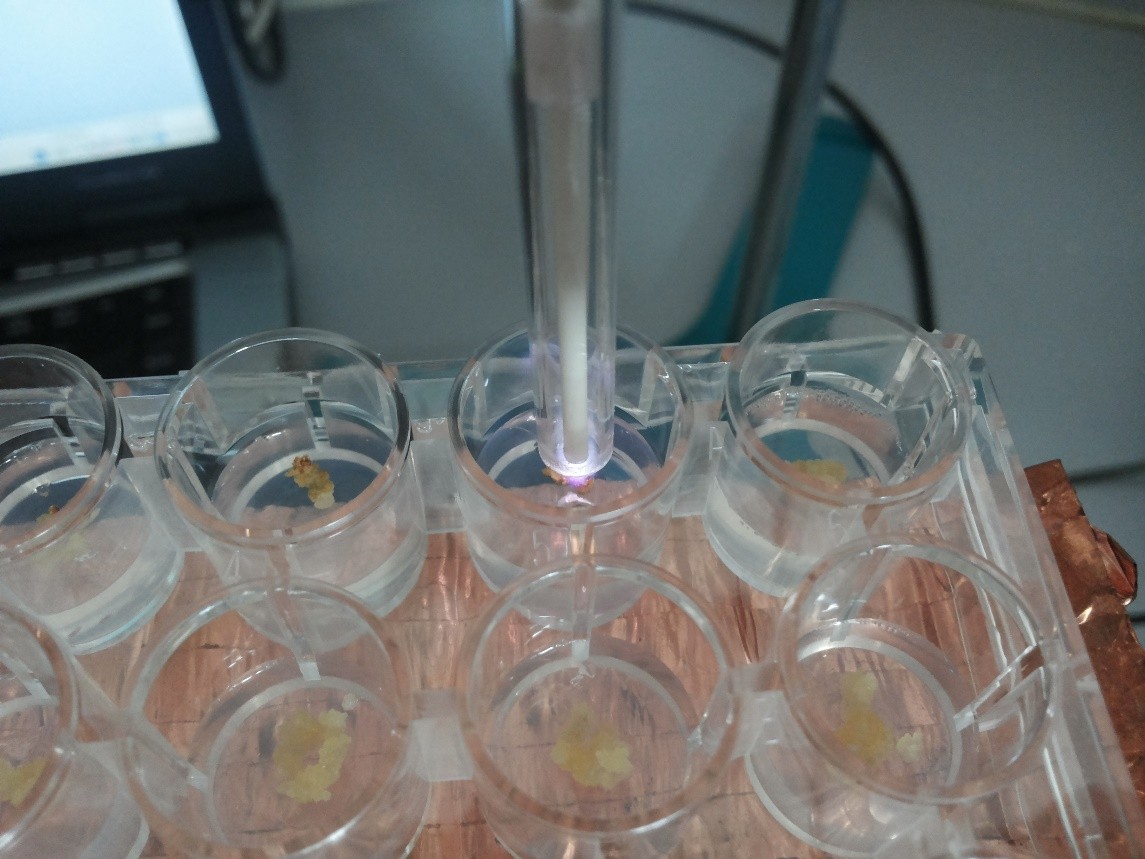 Plasma physics related goals would be to develop single sources and their arrays for localized and large area treatment, while satisfying the ultimate criteria for application on humans – operation at atmospheric pressure while maintaining the room gas temperature. The long term goal is to generate the basis for a future plasma medicine center. In that sense important part of project realization is dissemination of the information on plasma medical options. In the realm of medical applications we study sterilization of different types of bacteria, effect of plasma on different types of living cells and human tissues, treatment of bacteria originated from periodontal pockets, localized treatment of wounds, cancer tissues and control of cells. Studies also cover plant cells and plant organs having in mind possible biotechnology applications.

1. Meristematic cells of plants. After the treatments mass of treated calli is 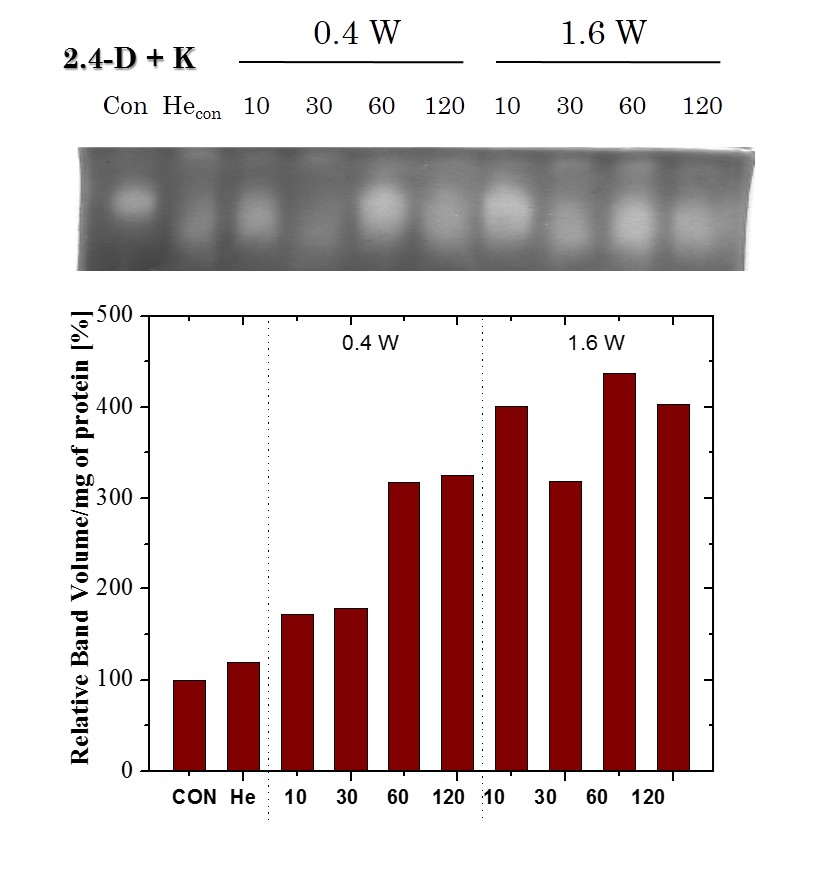 significantly increased comparing with the control. Mechanisms of plasma-cell interaction was investigated through enzyme response. Treatments were carried out in collaboration with the Institute for Biological Research “Sinisa Stankovic” in Belgrade.

2. Treatment of resistive cell carcinoma RU87 and U87. Plasma can cause apoptosis of carcinoma cells, we have used such conditions the cells remain alive, but become less resistive to the later addition of cytostatic.

3. Strains of bacteria for food industry. Lactic acid cells obtained from certain types of cheeses in association with the Institute for Molecular Genetics and Genetic Engineering in Belgrade. We have examined their resistivity after interaction with the plasma – possible application of plasma in the food industry.

4. Human stem cells derived from the oral cavity – hPDLSC. Plasma treatments can increase differentiation of the stem cells into osteogenic line. Treatments are carried out in collaboration with the Institute for Medical Research in Belgrade. 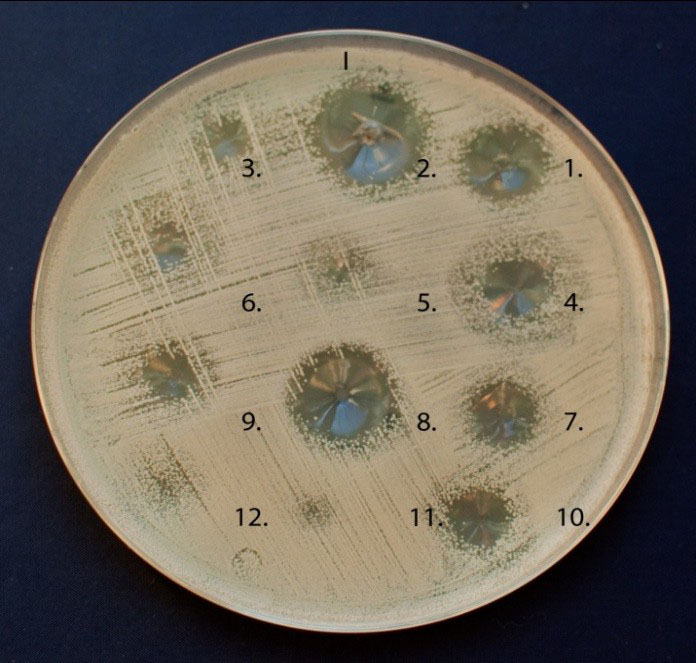 5. Sterilization of biofilm forming bacteria. This treatment are performed in collaboration with Institute of Microbiology in Belgrade and Faculty of Stomatology .